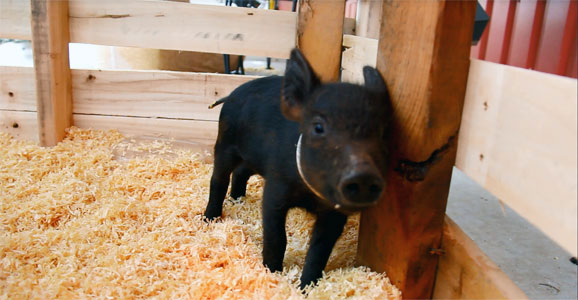 If you showed up to work on Monday…

… and heard that your boss had caught a baby pig over the weekend, built a home for it, and now it’s the business’ mascot, what would you do? Well, for DST employees, this was just another day at the office.

Introducing: Ham’r H2, our latest addition to the DST ranks. Orphaned out in the wilderness, Graham found Ham’r and brought her back to the house. 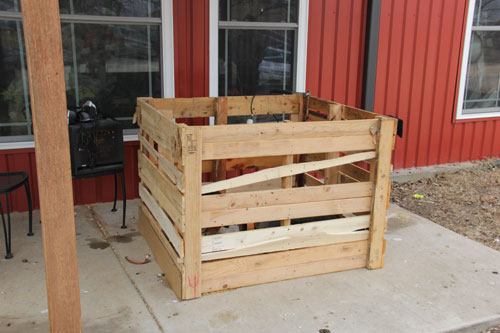 From the Forest to a 5-star… Hotel?

A short time and a pile of Prothane pallets later, Ham’r had a new home out on the front porch. Complete with a heat lamp for the cold, water and food dishes, and plenty of pine shavings for carpet, Ham’r now has the best housing in town! 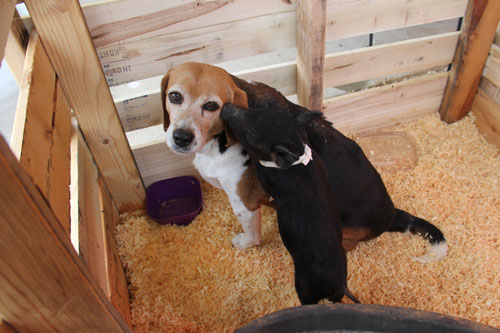 But that wasn’t enough! As an orphan, Ham’r needed a new companion to help her along. So Graham threw Poopdog into Ham’r’s new place. At least one of them is getting along just fine. 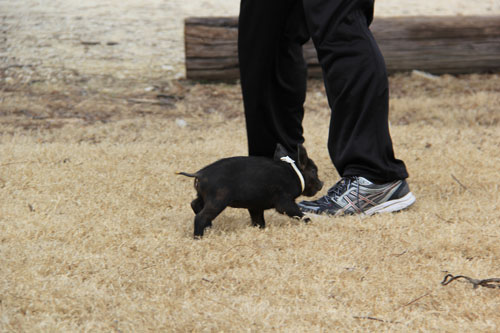 The Pig of Perpetual Motion

When she’s not playing, she’s pacing, and when she’s not pacing, she’s eating. This little ball of perpetual motion gets REALLY intense once she’s let out of her enclosure. Seen here chasing Drew around the front yard, Ham’r shows Drew why sitting at a desk all day is super boring.

Welcome to the Family Ham’r!

Ham’r H2 was immediately welcomed to the ever-growing list of beloved animals here at DST. Much like the other animals, Ham’r is now responsible for boosting our morale into the next work week… and the next… and the next. But with a face like that, how hard could it really be? 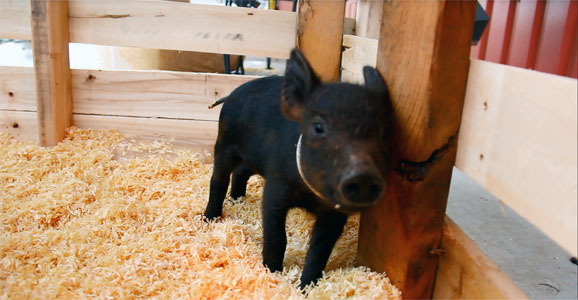